When I first went to Paris, I only had Eiffel tower in my mind, I never planned to see any other place except Chanselise (The Avenue des Champs-Elysees). I travelled to Paris from Kings Cross station on Eurostar which was my first experience to travel to another country by train and I must say it was a delightful experience.My hotel was walking distance from the Euro terminal. After catching some rest I went to roof top restaurant for coffee and as soon as I reached at the top, surprise was waiting, I could see the whole Paris from the roof, the sun was setting and the building in front of me was the astounding Basilica of Sacred Heart, a beautiful white building standing high at the top of the Montmartre mountain, I immediately decided to visit the Basilica. 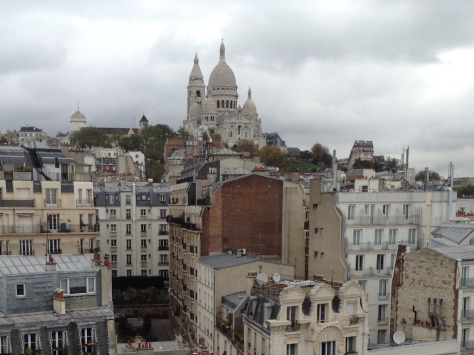 There are about 200 and more steps to hit the highest place in Paris. 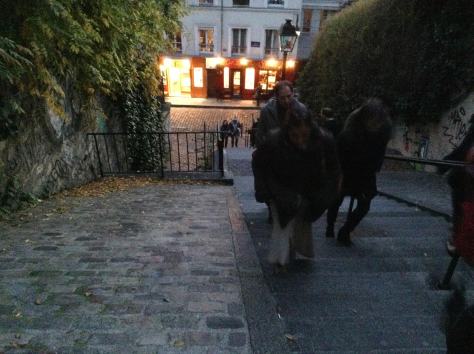 The Basilica of the Sacred Heart of Paris, commonly recognized as the Sacre Coeor Basilica, is a Roman Catholic church and minor basilica, dedicated to the Sacred Heart of Jesus, in Paris. A popular landmark, the basilica is located at the crown of the butte Montmartre, the highest point in the city. Sacre Coeor is a double monument, political and cultural, both a national penance for the defeat of France in the 1871 Franco-Prussian War and the socialist Paris Commune of 1871 which was interpreted as a moral condemnation of the sins of Paris, publicly dedicated to the Sacred Heart of Jesus Christ.(Wikepedia) 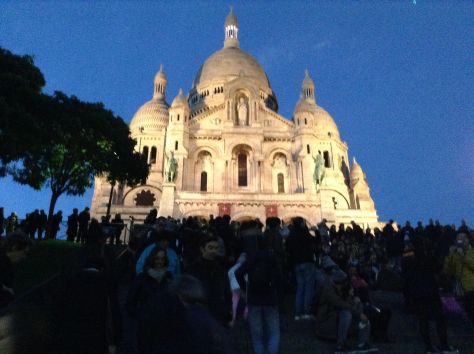 The Basilica was designed by Paul Abadie. The construction began in 1875 and was completed in 1914. It was consecrated after the conclusion of World War I in 1919.
The overall style of the structure shows a liberal interpretation of Byzantine features.
The summit of the hill of Montmartre, where the church now stands has been a sacred site where Druids were thought to have worshipped.The Basilica is the second most visited Church after Notre-Dame Cathedral in Paris,Basilica welcomes more or less 10 million visitors every year. 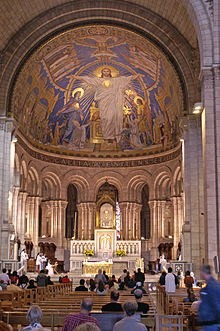 One thought on “Basilica of the Sacred Heart Paris”