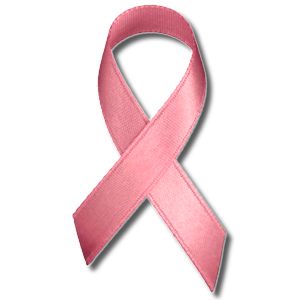 Breast cancer is the most common cancer in women globally, as different studies show it kills about 40,000 women every year only in Pakistan. According to World Health Organisation, breast cancer rates are starting worse and it is not sparing even younger age group. Breast cancer is the most predominant type of cancer in the world. In Pakistani society, there are multiple factors associated with late detection of the disease. One of them is social set up, where women are reluctant to undergo their medical check up and pressing out their medical issues. If women are being diagnosed with breast cancer, they don’t even share the news with their family members. In rural regions of Pakistan, no formal health infrastructure is available for the rural population. Illiteracy is also a major cause of breast malignant neoplastic disease among women because women have no awareness about personal hygienic conditions. Most of the Pakistani women have no proper access to the medical facilities due to gender-based discrimination. 1 in 9 Pakistani women has become the patient of breast cancer. In Pakistan, the most frequently diagnosed cancer among females is also breast cancer, accounting for about one in nine female patients. Its incidence in Pakistan is 2.5 times higher than that in neighbouring rural areas like Iran and India. The disease is curable. It can be detected early if routine breast examination is done. According to the Shaukat Khanum Memorial Cancer Hospital & Research Centre website, several studies and reports suggest that among Asian population Pakistani women have the highest risk of breast cancer. Lack of awareness about the diseases and diagnostic facilities, however leads to late diagnosis which is why many women lose their lives to the disease. People hesitate to discuss the issue because of cultural norms. It is important for people to realise the importance of early detection to save the life of a mother, a sister, a wife or a daughter. Women are the heart of the home and our core consumers. The government should create widespread awareness.
A short breast examination can prevent this cancer and protect women from this most horrifying and horrendous nightmare. Breast cancer is not ‘just’ about breasts. From there it can lead anywhere in our body.

Scientific evidence indicates that women can reduce their risk of developing breast cancer by at least 20 per cent by being active for 30 minutes every day.
To reduce risk of breast cancer, one needs to be physically active on a veritable basis. That means exercising for a total of at least 30 minutes a day. Integrate physical activity into your day to day routine. There are lots of different ways to be physically active; brisk walk to work or the shops or park ,push a baby buggy, wheelchair, gardening, vacuuming, sweep the paths, walk up the stairs, or go for a swim.
Dietary change is another important approach to cancer control.Diets high in fruits and vegetables may have a protective effect against many cancers. Jet lag or shift work disrupts the body clock and could increase the hazards of deadly breast cancer spreading, new research suggests. Interrupted sleep patterns could increase a woman’s chances of developing rapid-spreading versions of the cancer. Previous research have shown women who experience broken sleep, are more probable to develop breast cancer, thanks to advances in medical care, the rate of survival has doubled over the last 40 years and around half of cancer patients survive for ten or more years.

Women diagnosed when the disease is still localised have a 99 per cent probability of surviving.
Together, our actions can deliver eloquently greater impact. In concert, we can defeat breast cancer. We all can contribute by spreading awareness on twitter or face book or write a blog or share your story .I am proud to spread the word about how meaningful every action really can be as we all work together to do our share to eliminate breast cancer at least in suburban parts of the country .

Make a discernible difference to the support and care available for people affected by breast cancer by becoming a Breast Cancer Voice, support the scientists who test, analyse and experiment to find ways to prevent breast cancer and treat it more effectively. Speak out with the campaigners who push for more dependable services, treatments and care for patients. A pink ribbon is a symbol of breast cancer awareness. It may be worn to honour those who have been diagnosed with breast malignant neoplastic disease.

2 thoughts on “LIFE AFTER CANCER IS WORTH LIVING”